THIS TASTY ROOT HAS LONG BEEN USED BY ITS TRADITIONAL PEOPLE’S AS A SUPERFOOD, AND ITS POPULARITY IS GAINING IN THE US.

Maca is a vegetable that has been cultivated as a root crop for at least 2,000 years, originally by the Inca.  Incan warriors supposedly consumed maca before battle as a strengthening tonic.  Maca roots are often baked, roasted, or made into a porridge.  Maca may also be used to make a sweet fermented drink called maca chicha.  Maca powder is commonly added to smoothies.

Besides its uses as a food, maca root has been traditionally used to relieve stress and enhance fertility in both male and females.  It is believed to have an effect on the hypothalamus-pituitary axis, thus having positive effects on the adrenals, thyroid, and pancreas.

Maca: The mother of hormone nourishers

The Quechua Indians of Peru consider maca a food that promotes mental acuity, physical vitality, endurance, and stamina. Maca reduces anxiety and depression and is rich in essential amino acids, iodine, iron, and magnesium, as well as sterols that may possess a wide range of activities that support adrenal and hormone function. 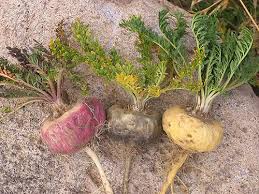 Preparation & Dosage:
Our favorite method of using maca is in the powdered form as an addition to hot chocolate, coffee, or smoothies. It mixes quite nicely with anything chocolate flavored giving a nice ‘malted’ flavor to your beverage.
We like mixing in 1-2 tsp. a day.

Chocolate may trigger the release of serotonin, the neurotransmitter responsible for feelings of relaxation and pleasure. Eating it is obviously pleasurable; sharing it even more delish!

Prepare hot cocoa with the first 4 ingredients. Place cinnamon sticks in cups and top with a small amount of shaved chocolate.

Maca exhibits at least eight ecotypes (local varieties) which are distinguished by the color of the root (Wang et al., 2007). The differences in color may be a result of levels of anthocyanins (Leon, 1964). While differences in medicinal properties have been popularly ascribed to the various ecotypes, this has yet to be validated in human research. In China it’s believed that black maca is an extremely potent elixir for vitality, yet there is little evidence to validate this belief (Schultz, 2014). Research in animal models indicates that black maca may have benefits for spermatogenesis and for memory and cognition (Gonzales et al., 2006; Rubio et al., 2007).

Animal studies of red maca show benefits for prostatic hyperplasia not observed in other ecotypes of maca, which may be linked to its polyphenol content (Gonzales et al., 2005). Analysis of the nutritional composition of several maca ecotypes showed red maca is higher in protein and potassium, black maca is higher in soluble sugars, riboflavin, and iron, and while yellow maca has intermediate values (Wang et al., 2007). Concentrations of macaene, macamides, beta-sitosterol, campesterol, and glucosinolates were also found to be associated with color type (Clement et al., 2010).

Cautions: Maca is generally considered safe, although high doses may result in insomnia.  Caution should be taken with bleeding disorders, high blood pressure, hormone responsive cancers such as breast and prostate cancers, and with women who are pregnant or are breastfeeding.